If you want to try delta-8, you are probably wondering whether it will pop dirty on a drug test. THC’s euphoric effects fade quickly — usually after a few hours following inhalation or ingestion. But, THC’s metabolites typically stay in the system for weeks after last use. Let’s try to solve the biggest mystery surrounding delta-8. Can delta-8 make you fail a drug test?.

The hemp plant contains over 100 different chemical compounds known as cannabinoids. Delta-8 THC is a hemp cannabinoid naturally present in the plant in trace amounts (less than 1%). Similarly to cannabinol (CBN), delta-8 is a byproduct of THC, produced when the hemp plant is exposed to oxygen during storage. According to the National Cancer Institute, delta-8 displays anti-anxiety, pain-relieving, antiemetic (prevents nausea and vomiting), appetite-stimulating, and neuroprotective properties [1].

Delta-8 THC is different from traditional delta-9 THC — or the main form of THC in cannabis. Delta-8 is an analog of delta-9 or a molecule with a similar structure that displays minor but significant differences. Think of delta-8 THC as a delta-9 THC’s sister molecule that features different effects in the body. While delta-9 exhibits potent psychotropic effects and gives a more intense “high,” delta-8 doesn’t go as strong. Delta-8 will get you high, especially if you have low tolerance for cannabis. But, you will experience a mild and pleasant high that keeps you clear-headed — without the anxiety or paranoid feeling commonly expressed by delta-9.

Yes. You will most likely fail a drug test after using delta-8 THC. Now, this depends on the type of test being used (urine, blood, hair) and factors like frequency of use, metabolism, gender, etc. It’s important to note that drug tests look for THC’s byproducts (or THC metabolites), rather than the cannabinoids themselves. Because THC’s metabolites are stored in our fat cells, they can be detected in the body for a longer period of time, especially in urine.

But, here’s the thing. Urine tests also detect other cannabinoid metabolites present in the urine, a phenomenon known as “cross-reactivity.” Cross-reactivity, in a general sense, indicates the sensitivity of the test to compounds with a similar structure to the one the test is designed to detect. In this case, manufacturers design most urine tests to detect THC-COOH, delta-9’s primary inactive metabolite in urine.

However, because cannabinoids and their metabolites have an extremely similar structure, the enzymes that detect delta-9 THC’s metabolites in urine also recognize other cannabinoid metabolites. This is also known as a “false positive” cannabis drug test.

Let’s explain this further. A 2020 report published in The Journal for Applied Laboratory Medicine investigates cross-reactivity in THC immunoassays (urine drug tests that detect THC’s main inactive metabolite THC-COOH). The authors of the report screened four different cannabinoids, including cannabidiol (CBD), cannabinol (CBN), cannabichromene (CBC), and cannabigerol (CBG). Out of all cannabinoids tested, the researchers noticed a significant cross-reactivity with CBN, which is a product of THC degradation, similarly to delta-8 THC. The study showed that when CBN and THC were together in a urine sample, the test led to a larger result than having THC by itself [1].

Due to extreme structural similarities, delta-8 THC is very likely to cross-react with urine tests designed to detect delta-9’s metabolite. In fact, this report on Emit II Plus Cannabinoid Assay — one of the most common urine immunoassays that detect THC metabolite — lists cannabinoids that, in a certain concentration, produce an approximately equivalent result to the THC-COOH cutoffs. One of the metabolites listed is delta-8 THC’s metabolite 11-hydroxy-delta-8-THC [1].

The cutoff level of urine drug test is measured in nanograms per milliliter (ng/mL) and represents the level necessary for positive detection of cannabis. That said, a negative sample doesn’t indicate a drug-free individual, but that the concentration of the drug is lower than the set cutoff. In the above example, the cut off levels for delta-8 (30ng/mL) are even lower than for delta-9 (50ng/mL). Meaning, the test can detect lower levels of delta-8 metabolites compared to delta-9.

The cross-reactivity of urine tests means that these tests detect “total cannabinoids” rather than THC-COOH only. However, that’s why this procedure is called screening, as every “false positive” THC test requires a more accurate confirmation test. Typically, the next step is the gas chromatograph mass spectrometer (GC/MS) test. A GC/MS test detects only a specific compound, and it will look for delta-9’s metabolite THC-COOH. If the GC/MS test doesn’t look for delta-8’s metabolites specifically, it won’t detect them, and the initial “false positive” test will be negative for THC.

This is why it’s important to consider the purity of your delta-8 THC products. Even if there is a small concentration of delta-9 THC in the product, you are more likely to test positive for THC. 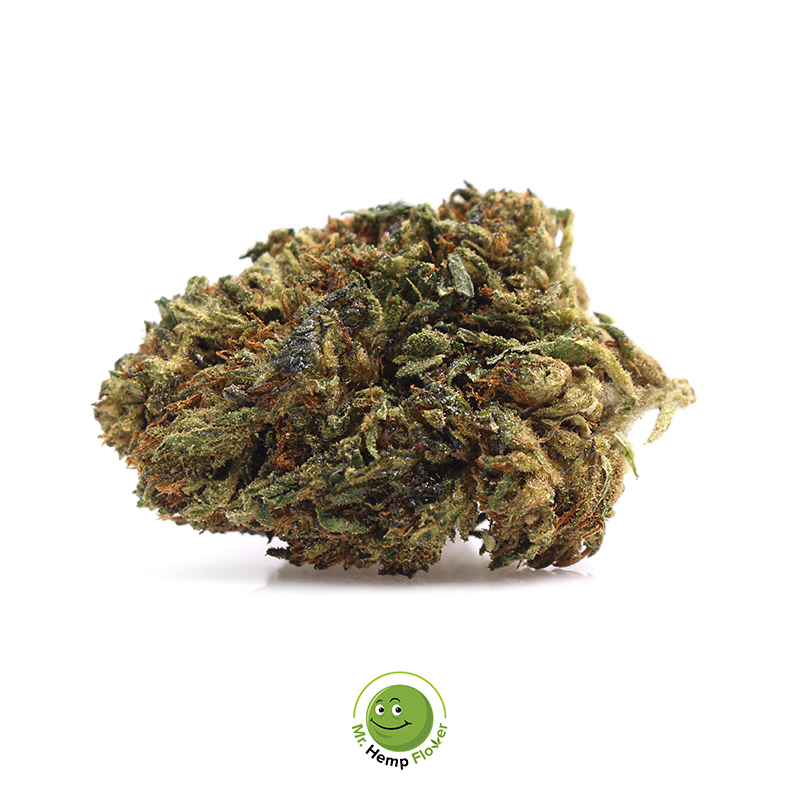 Cannabis use between two and four times a week can be detected in urine 1-3 weeks after the last consumption. Although we don’t know exactly how long delta-8 THC’s byproducts linger in the urine, daily cannabis users may test positive for 30 to 60 days or longer.

Our highly effective line of delta-8 THC items features a natural taste. If you are down to try hemp flower with a kick, our Delta-8 Flower Stormy Daniels or Elektra Delta-8 Hemp Flower are perfect. These two strains are sticky and stinky, coated in delta-8 oil, and naturally loaded with cannabinoids and terpenes. If you avoid rolling your own hemp flower, our Delta-8 Flower Pre-Rolls – Stormy Daniels are a must-try. The best part is, they are proven to work for pain, nausea, headaches, anxiety, and sleep. If vaping is your thing, check our Delta-8 Vape Carts.