Can you pass a drug test if you’ve been using HHC exclusively?

From a chemical standpoint, HHC and THC are very similar and linger in the body for prolonged periods of time. If you’re due for a drug test, you need to understand the risks of consuming this compound.

This article dives into everything you need to know about HHC and drug testing, factors that affect how long this cannabinoid stays in your system, and the key to avoiding testing positive.

Hexahydrocannabinol (HHC) is one of the 100+ different cannabinoids in the hemp plant. You may be familiar with some of them, including THC, CBD, CBG, CBN, and delta 8 THC. Now HHC officially joins the list as another intoxicating cannabinoid that may pop on your drug test.

A minor cannabinoid, HHC is around 80% of delta 9 THC’s potency. It was discovered in 1947 by Roger Adams and his team, who first isolated CBD in the 1940s.

Currently, HHC is the most intoxicating minor cannabinoid available for sale. It has the ability to get you intoxicated or “high” and possesses almost identical effects to delta 9 THC.

Will HHC Make You Fail a Drug Test?

HHC will probably show up on a drug test.

Because HHC is a THC analog with a very similar chemical structure to THC, its metabolites are also nearly identical chemically. This may get them detected on a drug test. Most drug tests are not as advanced yet, so they look for the THC metabolites instead of metabolites of a specific cannabinoid.

When a test that’s designed to catch THC tests positive without you having consumed THC, it’s considered a ‘false positive.’ This is a typical case with delta 8 THC, and now might be the case with HHC.

Cross-contamination is another reason for a positive drug test when using HHC exclusively. If the product you’re consuming contains any levels of delta 9 THC or delta 8 THC without it being listed on the label, it might show up on your drug test.

That said, HHC is not as biologically active as THC and could be eliminated from the body more quickly. If you’re getting tested soon, avoid using this compound. The frequency of use and time from last use make a difference in drug testing. If you’ve been taking this cannabinoid often, you must stop at least two weeks before testing to minimize the chance of failure. 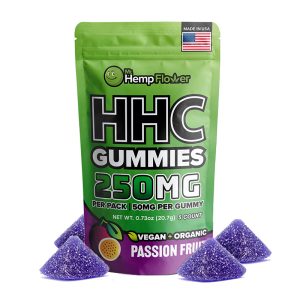 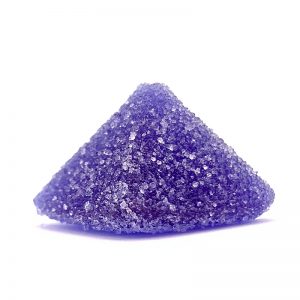 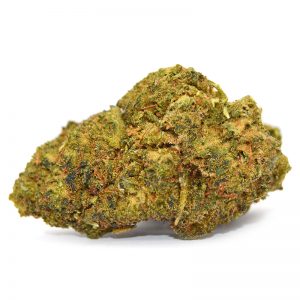 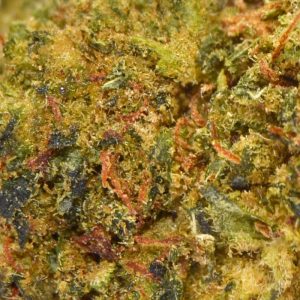 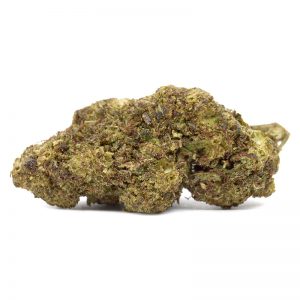 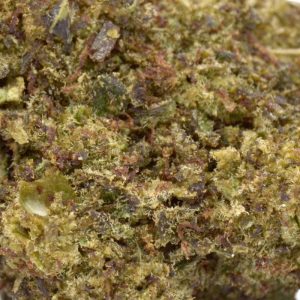 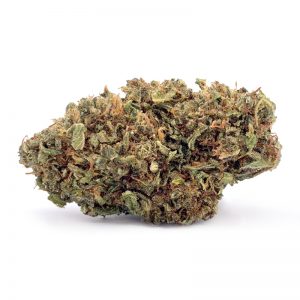 What Does the Research Say on HHC & Drug Testing?

One 1991 study by Harvey and Brown found that HHC was metabolized in a similar way as THC in mice, rats, hamsters, guinea pigs, and rabbits — but the hydroxy version.

Meaning, animals metabolize this cannabinoid similarly to THC, with the final metabolite being a hydroxylated derivative 11-hydroxy-HHC.

This metabolite is another minor active metabolite of THC, which, thanks to its similarity to the THC metabolite, may be the culprit that gets HHC detected on drug tests.

Another Harvey and Brown study reveals that HHC also metabolizes into 8-alpha-hydroxy-HHC (specifically, in mice) and 8-beta-hydroxy-HHC (in hamsters). These two hydroxy compounds also have a similar chemical structure to THC-COOH, which is another non-active, major metabolite detected by drug tests.

The authors of the study assume that HHC will become a slightly different metabolite in humans because hamsters and mice metabolize it in two different hydroxy compounds. There’s a lot of uncertainty in this area, and we need human research to learn the exact metabolic process of this compound.

How Long Does HHC Stay in Your System?

We don’t know the actual implications of consuming HHC. Its biological half-life (how long a substance remains in the bloodstream) is assumed to be the same as delta 8 THC or 30 minutes.

In general, HHC can remain detectable in the blood or urine for a few days to a month (or longer). Some factors that may shorten or extend the amount of time it takes a THC analog like HHC to be cleared from the body are:

The top contributing factor to keeping HHC visible in your system is the frequency of use — the more often you use it, the longer it takes to clear from the body. Taking this cannabinoid on a regular basis means it’ll pop up on a drug test even a few weeks after last consumption.

This is because cannabinoids (this includes delta 8 THC and even CBD) are stored in your body’s fat cells. So, when you use cannabinoids in high doses, they accumulate in the fat cells. After stopping consumption, they start to eliminate by flowing back into the bloodstream.

Users who take HHC once a week don’t have as much stored as users who take it every day of the week. The first may get rid of the compound in a few days to a week, while the latter may take a few weeks to clear it up from urine.

Metabolism slows down as we age, so older users tend to metabolize drugs at a slower pace. When prescribing medications, doctors take this fact into consideration. There’s an exception to the rule for some older individuals who clear cannabis compounds as fast as the youth.

Genetics also plays a role in the clearance of cannabinoids from the system. Some people have a fast metabolism and process HHC more quickly, depending on how fast the liver and kidneys function. The liver enzyme CYP3A4 is in charge of processing THC-like molecules, so individuals with a naturally higher concentration of this enzyme metabolize these compounds faster than users with lower concentrations.

The delivery method impacts how HHC is metabolized. As a rule of thumb, methods like inhalation that take almost immediate effect also provide the fastest elimination. Through inhalation, HHC is absorbed into the bloodstream within minutes, which sets the liver in action soon after.

Edibles take much longer to process because they pass through the slow digestive system before being absorbed into the bloodstream.

A high dose can prolong the amount of time this substance stays in the body for a few hours.

If you take HHC frequently and in high doses, your body may need 2 to 4 weeks to completely clear the substance. Hemp CBD flower is often a great option for users who want the HHC boost, but not in an extreme dose. Our Sour Space Candy HHC Flower is a fruity, sativa-dominant hybrid coated with 10% HHC. The effects of this smooth strain hit instantly, but don’t bring too high of a dose into your system.

So, Can HHC Make You Fail a Drug Test?

Yes, because of the possibility that a test will recognize its metabolites that have a similar chemical structure to THC’s metabolites.

The time it takes for your body to clear up this cannabinoid depends on several factors, like frequency of use, biological age, metabolism, and type of product used.

The best way to check if you have HHC in your body is to get tested. There are many misconceptions online about HHC and drug testing, and we don’t have any research on how this cannabinoid metabolizes in the human body.

Is HHC detectable on a drug test?

Yes, HHC is detectable on a drug test, especially if you’ve been frequently consuming it a few days before testing.

What does HHC metabolize into?

How does HHC make you feel?

If vaped, it takes 10-15 minutes to kick in. If ingested through gummies or tinctures, anywhere from 45 minutes to an hour.

How long does HHC stay in the body?

It depends on your age, gender, metabolism, frequency of use, and method of consumption. In daily users, it can stay for up to 30 days after last consumption. 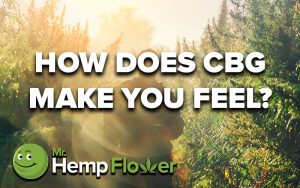 What Does CBG Feel Like — An In-Depth Explanation of Effects

CBG Effects on the Body — What Does It Feel Like? Cannabigerol (CBG) is another [...]

CBD Hemp Flower: How Long Do Its Effects Last?

How Long Do The Effects of CBD Flower Last? CBD flower is one of the [...] 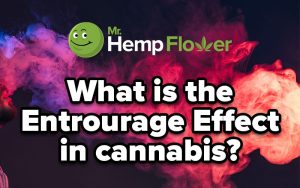 What is the Entourage Effect & How to Benefit From It?

What is the Entourage Effect in Cannabis?  The hemp plant contains over 150 different chemical [...] 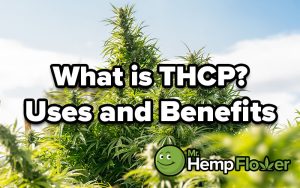 An Overview of THCP — The Most Potent THC Analog So Far

What Is THCP? THCP, the strongest THC analog, has recently entered the cannabis scene. This [...] 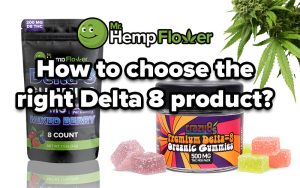 A Simple Guide to Choosing The Right Delta-8 THC Product

How to Choose the Right Delta-8 THC Product? Delta-8 THC is the second most popular [...]

What is THCV: Benefits, Side Effects & Legal Status

What Is THCV? Tetrahydrocannabivarin (THCV), also known as “diet weed,” is another minor cannabis compound. [...] 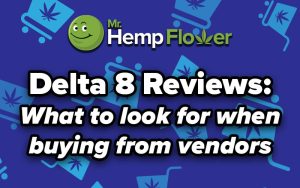 Delta-8 THC Buying Guide: What to Look For? 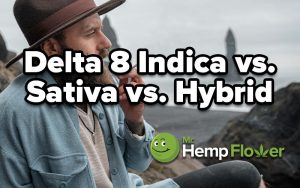 Delta 8 Sativa vs. Indica vs. Hybrid: How Each Makes You Feel?

A Comparison of Delta 8 Sativa, Indica & Hybrid Strains  Not all delta-8 THC flower [...]