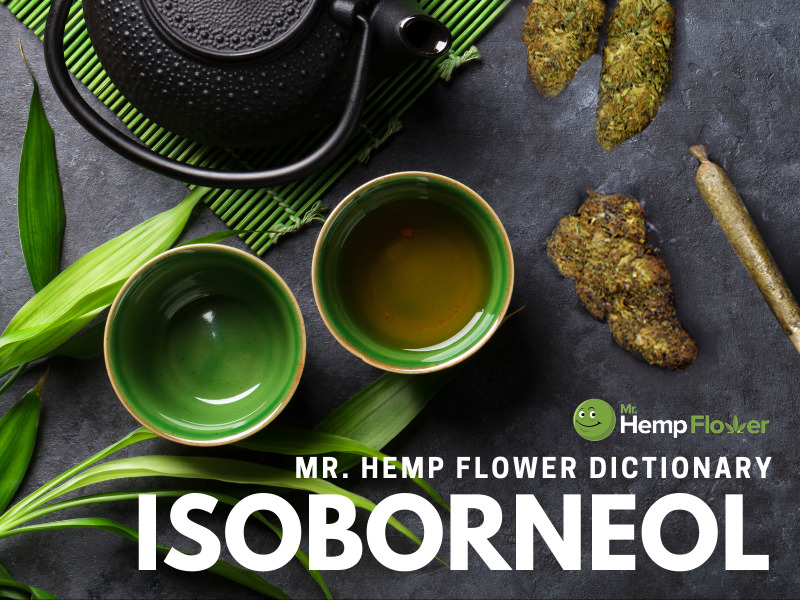 A hemp terpene that exhibits a recognizable spicy, woody aroma. Isoborneol is a widely used food additive, flavoring agent, and natural insect repellent. Like delta-9 and delta-8 THC, isoborneol is an isomeric form of the terpene borneol. Isomers are compounds with the same molecular formula but differ in the arrangement of their atoms, which further draws the differences in their properties.

It’s a white solid monoterpene that enriches foods and beverages with its fruity or spicy flavor. Aside from its use as an additive, this terpene’s aromatic properties make it a common perfume ingredient. Like its isomer borneol, this terpene exhibits camphor-like fragrance — a distinctive scent described as party woody, somewhat earthy, herbal, spicy, and menthol-like.

How is it used in everyday life?

You encounter this terpene each time you try baked goods like gingerbread cookies or other spicy-sweet desserts. Fruit flavored candies belong to this group as well because manufacturers use this terpene as a flavoring additive. Liquid sources of isoborneol include beverages like orange and grape soda. Like many terpenes, it’s used as an ingredient in insect repellants.

This terpene exhibits several therapeutic benefits. It may act as a potential antiviral agent against the herpes simplex virus. It has also shown antimicrobial and neuroprotective properties.

A 1999 study published in the journal Antiviral Research revealed that it acts as a potent inhibitor of herpes simplex virus type 1 (HSV-1). This virus causes the common painful sores or fever blisters around the mouth. The researchers found that this terpene inactivates the virus within 30 minutes of exposure. Not only that, it inhibited the further replication of the virus. Although more research in humans is needed, it’s important to note that this study was performed on human and monkey cell lines.

Along with a long list of terpenes, including linalool, camphene, and humulene, isoborneol may possess antimicrobial properties. Most studies research the antimicrobial effects of such terpenes through essential oils used in transitional medicine.

One 2013 study published in the journal Natural Product Communications investigated the antimicrobial effects of linalool, camphene, and isoborneol as part of different essential oils used in traditional Chinese medicine. The study revealed that the oil containing isoborneol showed the highest antimicrobial activity when tested against various bacteria and fungi.

As a minor terpene, you may find it in some hemp flower strains in trace amounts. You may also find it in broad spectrum or full spectrum hemp CBD products.

Praised for its woody, spicy profile, this terpene acts as a potential antioxidant, antiviral, and antimicrobial agent.