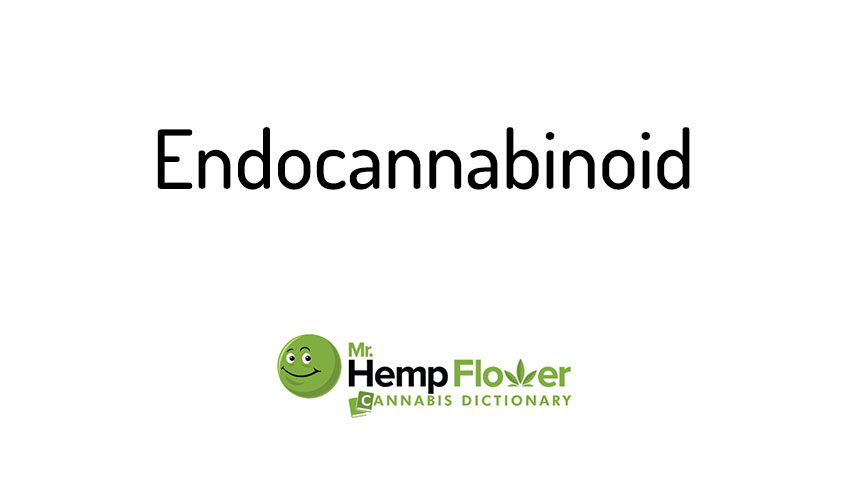 “Experts believe that some conditions, like migraine and irritable bowel syndrome, are a result of endocannabinoid deficiency.”

“Endocannabinoids bind to the same body receptors as THC and assist the organism in maintaining internal regulatory balance.”

Scientifically, cannabinoids are classified as lipophilic molecules that interact with the body’s endocannabinoid system (ECS). The ECS’s role is to help the body maintain functional balance through its three main components:

CB1 receptors are mainly located in the central nervous system and regulate important brain functions. CB2 receptors are primarily in charge of the immune system, offering pain relief, anti-inflammation, and neuroprotection. These cells circulate on immune cells throughout the body and brain via the bloodstream but are also found on neurons in a few select brain regions.

Anandamide and 2-AG are the body’s most prominent endocannabinoids. Aside from activating the CB1 and CB2 receptors, they also trigger TRPV proteins. These proteins are responsible for the body’s sensations of heat and cold. A basic example of a TRPV-mediated response is the heat you experience from eating a chili pepper. The CB and TRPV are the major receptors in the ECS, but researchers have discovered at least three more whose functions have yet to be explored.

These two types of cannabinoids don’t come from the same source. The human body produces endocannabinoids, while the hemp plant (and other plants) makes phytocannabinoids. Our bodies already use cannabinoid molecules to synchronize many functions, so the field has been inherently prepared for phytocannabinoids to activate their targets.

On a structural level, these two types of cannabinoids are not that different. They both activate the ECS by binding to cannabinoid receptors spread across several systems. The body produces endocannabinoids in an “on demand” fashion to maintain a balanced state. These molecules signal the human body to get back to homeostasis and function normally.

Phytocannabinoids intensify individual signals that trigger responses related to any bodily function from hunger and pain to hearing and spatial orientation. For example, an amplified hunger signal triggers the munchies. One of the things phytocannabinoids can achieve — that endocannabinoids cannot — is to produce intoxication through ECS modulation.

The formed cannabinoid then jumps from an activated postsynaptic neuron to a nearby presynaptic neuron, attaching to a cannabinoid receptor. These molecules move through different types of neurons in the body, “communicating” messages about things that need to happen to achieve control and balance over various bodily functions.

Compared to the activity of regular neurotransmitters, which move from presynaptic to postsynaptic neurons, this process is “backward.” The backward flow of endocannabinoid activity means that these molecules can influence how neurotransmitters behave before getting activated. This flow makes the ECS powerful and versatile.

Does the Body Store Endocannabinoids?

No, the body doesn’t actively store these chemicals. They are produced when the right type of neuron is activated, as explained in the journal Cerebrum. When needed, the body uses lipids to produce an endocannabinoid, after which the molecule travels between neurons and connects to a receptor.

The two most well-known endocannabinoid neurotransmitters are anandamide and 2-arachidonoylglycerol (2-AG). These molecules bind to both CB1 and CB2 receptors, activate TRPV, and several other receptor proteins. Other, less popular ones are:

As a complex system, the ECS is involved in numerous bodily functions that contribute to the body’s ability to maintain homeostasis. Endocannabinoids are the messenger molecules heavily involved in the internal regulatory response, including:

In animals, exogenous administration of these cannabinoids showed pain-relieving potential similar to the one caused by exogenous cannabinoids like THC and CBD.

These chemicals play an essential role in modulating stress responses. Research shows that they’re involved in the activation of the body’s central stress regulation system or the hypothalamic-pituitary-adrenal (HPA) axis.

The ECS and its receptors are spread all throughout the cardiovascular system. When the body functions normally, these chemicals have a minor role in cardiovascular regulation. They have the potential to intervene in situations of hypotension and hypertension.

The endocannabinoid A-2G may be involved in controlling depressive and anxious behaviors. A 2014 study investigated A-2G levels in mice and found that deficiency of this neurotransmitter could be a contributing cause of anxiety and mood disorders.

Endocannabinoids can play a part in protecting the gastrointestinal tract from inflammation and other high gastric abnormalities by activating CB1 and CB2 receptors.

The ECS’s role in regulating brain function is of the essence for the body. Endocannabinoids that activate CB1 receptors may modulate stress and anxiety associated with emotional memory. 2-AG’s anti-inflammatory and neuroprotective effects contribute to brain homeostasis. These neurotransmitters can display neuroprotective and neurodegenerative effects that contribute to a healthy brain function and a target for treating addiction, PTSD, schizophrenia, and other diseases.

It’s a theory first proposed in 2001 as a possible explanation for the therapeutic benefits of cannabis. It argues that several conditions that have received successful treatment with plant-based cannabinoids are a result of a deficiency in endocannabinoids in the body.

Research supports this theory, indicating that deficiency in the production of these chemicals is a viable explanation for conditions like migraine, irritable bowel syndrome, fibromyalgia, and other treatment-resistant illnesses. Research is still needed in this area, but so far, it shows the significance of the endocannabinoid system in maintaining homeostasis.

CECD may also play a role in anxiety and mood disorders. CECD could be the reason why so many people have found relief from different ailments using CBD oil and other hemp-derived products.

Chemical compounds produced by the body that are part of the human endocannabinoid system and play a vital role in maintaining internal balance (homeostasis).