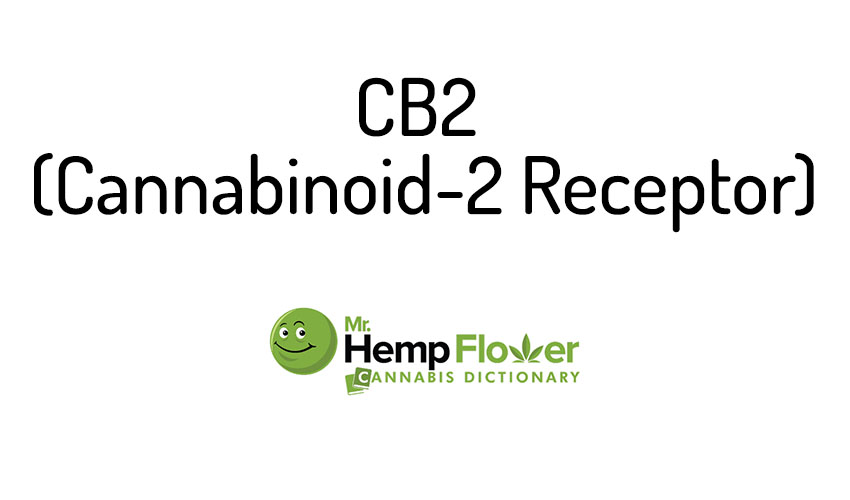 A protein with an essential role in the body’s endocannabinoid system. It’s heavily involved in regulating the body’s immune system and plays a key role in fighting inflammation.

“CB2 is one of the two main cannabinoid receptors and is heavily involved in fighting inflammation.”

“The CB2 receptors are mostly located on immune cells.”

More About This Receptor

Location of CB2 Receptors in the Body

CB2 receptors are primarily found on immune cells. The immune cells circulate through the body and brain via the bloodstream but are also found on organs like the spleen, bones, and some liver cells. This receptor group is not typically found on neurons, except for the brainstem and hippocampus.

The Brain and CB2 Receptors

Are there cannabinoid-2 receptors in the brain? CB1 receptors are found abundantly in the brain, so, for a while, the focus was on them solely. A 2015 study found that CB2 receptors are also found in neurons in the brain area involved in reward and drug addiction. This study confirms that more research is needed because the CB2 receptors may play a bigger role in brain-related activities than known before.

Like CB1 receptors, CB2 receptors are G-protein coupled receptors (GPCR). They are a large and diverse group of cell membrane receptors. Cannabinoid-2 receptors connect with and activate intracellular messenger proteins of the Gi/Go family. Unlike the CB1 protein, scientists still don’t know the exact 3D structure of CB2 protein. So, their understanding of how molecules bind to the CB2 receptors is limited in comparison to CB1.

Similar to CB1 receptors, CB2 receptors act like a lock waiting for its key — they span the cell membrane with their active binding side facing outward. So, when endocannabinoids or phytocannabinoids (cannabinoids that originate from plants) enter the body, they find an active CB2 receptor and “unlock” them. When the cannabinoid or other agonist (activating molecule) activates the receptor, the G-protein, located inside the cell, binds to the tail of a CB2 receptor. Once the cell’s unlocked, they release the protein in the body to deliver messages.

In the human body, the CB2 protein is produced by the CNR2 gene. The “blueprints” on how to build these proteins reside in our DNA and often have random or inherited edits or mutations. Scientists have located several mutations in the CNR2 gene (the CB2 receptor blueprint) in humans. Such mutations are at least partially considered to account for some of the differences in CBD and THC reactions in humans.

The Role of The CB2 Receptor

Cannabinoid-2 receptor is a strong target of the endocannabinoid 2-arachidonoylglycerol (2-AG) and a weaker target of anandamide. These two molecules are the most prominent and well-researchers endocannabinoids synthesized inside the body. Upon activating, the CB2 receptor releases the G-proteins, which activate a number of other molecules and intracellular processes — including those associated with regulation of the immune system.

The CB2 receptor activity works like a cellular switch — it turns on intracellular processes that promote balance or homeostasis — and regulates various processes like inflammation and cell survival and proliferation.

Activation of the CB2 Receptor

This receptor gets activated during inflammation or injury. When the body is in the state of inflammation, CB2 activity inhibits inflammatory signaling pathways, which brings things back to a normal non-inflammatory state or homeostasis.

When cannabinoids engage the endocannabinoid system and bind to CB2 receptors, they exert their anti-inflammatory effects. According to research published by the American Pain Society, activation of CB2 receptors may inhibit pro-inflammatory responses caused by chronic opioid use. This means that activation of this receptor may play a valuable part in treating opioid dependence and tolerance.

Another benefit of activation of this receptor may be its potential role in minimizing stroke symptoms. According to research by the American Heart Association and American Stroke Association, this receptor may have a neuroprotective effect on potential stroke victims because inflammation accounts for a large portion of the neural damage caused by strokes.

Scientists found that a mutation of the CB2 gene may be involved in some forms of osteoporosis and other autoimmune diseases. According to research, the activation of the CB2 receptor promotes bone health by correcting immune system imbalances. However, a 2005 study found that patients with the CB2 gene mutation showed reduction in immune responses that could potentially put them at risk for an autoimmune disorder.

CBD And the CB2 Receptor

Research shows that CBD doesn’t bind to the CB2 receptor. A 2008 article published in the British Journal of Pharmacology revealed that the body doesn’t really have CBD-specific cannabinoid receptors. Cannabinoids act in two ways when they enter the body:

The article found that THC is an agonist of the CB1 and CB2 receptors, meaning it binds to these receptors and mimics the function and role of endocannabinoids, aka cannabinoids produced by the body.

When it comes to CBD, the article revealed that it acts as an antagonist of these receptors. Cannabidiol blocks these receptors rather than activating them. This is one of the reasons why researchers think CBD counteracts some of the effects produced by THC.