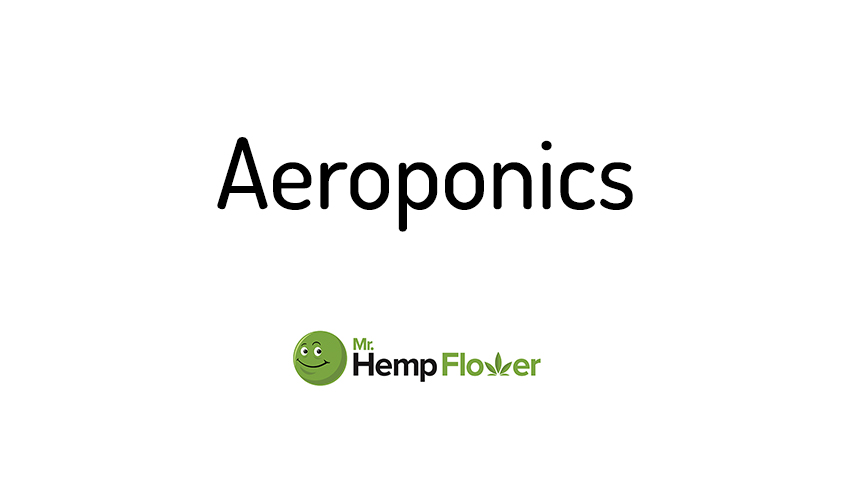 An innovative plant cultivation practice in an environment with no soil. It involves suspending the roots of the plants in an environment of mist and air, also known as an aeroponic chamber. In this chamber, the roots absorb nutrients, water, and oxygen. Unlike other growing systems, aeroponics requires careful, consistent monitoring. It’s also the most expensive way to grow cannabis, making it unsuitable for large-scale production.

“Did you know that aeroponics is a highly effective way to reduce the carbon footprints of cannabis growers?”

How does it work?

Scientists first developed this cannabis cultivation process in the 1920s. They popularized the method because it was easier to study the root system when the plant’s roots were outside the soil. Today, it presents a faster and more efficient growing method than hydroponic or soil cultivation of cannabis. That’s simply because aeroponics brings the plants greater oxygen access than nutrient-rich solutions.

Manufacturers use a reservoir and planter bed to set up this system that hydrates and nourishes the plant through the roots that are suspended midair.

Both of these methods don’t use soil to cultivate cannabis. Aeroponics is a more expensive method than hydroponics, but a cultivator should consider the pros and cons before starting with each of these growing systems. Some potential advantages of aeroponics over hydroponics include:

This growing system is so beneficial for the cannabis plant because it regularly supplies fresh oxygen to the roots. It also makes harvesting the plant fairly easy because they grow close together, leaving little space for pests to invade the plants. Many systems recycle the moisture they use, meaning no water is wasted. Because the nutrients dissolve within the water, they circulate and directly penetrate the roots, hence maximizing the health of the plant.

If you’re a beginner grower, this system is not an easy one to master. It will take time and attention to detail to get it right. The system requires attention 24/7, which is why the person responsible must have experience.

The system must continuously mist (dispersion caused by small droplets of water suspended in air) the roots of the plant. Why? Because even a momentarily deprivation of water causes the roots to start dying quickly. This means the space you’re growing it in must be well equipped and have electricity available all day. A small leak or lack of power will cause the plants to start dying quickly.

Last but not least, this growing system can be expensive and may cause potential issues like mold. You’ll have to learn to avoid such issues to create a strong cannabis yield using this process.

This system has its advantages and disadvantages and can yield better hemp plants than growing in soil. It’s important to remember that it’s a high maintenance system with a high starting cost, making it unsuitable for growing plants on a large scale.