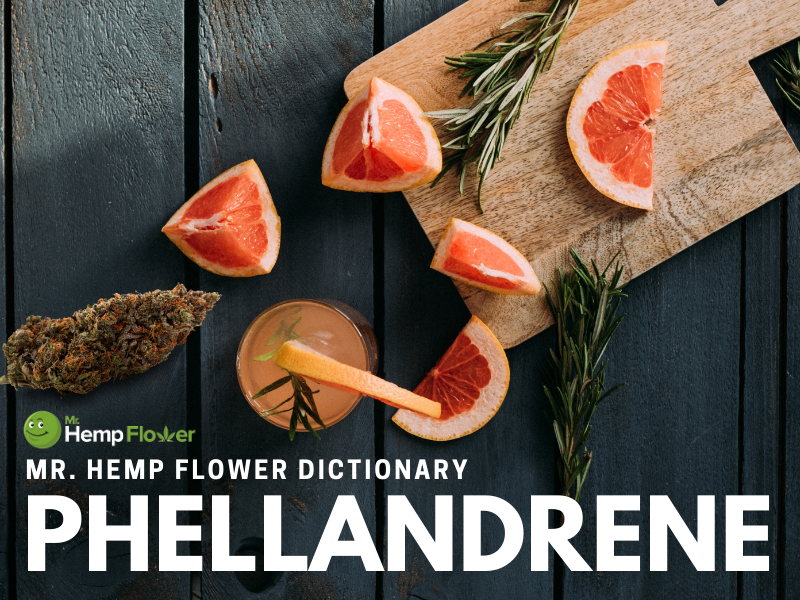 “Did you know that some hemp strains contain phellandrene terpene, which is particularly abundant in the eucalyptus plant?”

“Hemp is rich in over 100 terpenes, including alpha- and beta-phellandrene.”

This secondary terpene that brings together two organic compounds, alpha-phellandrene and beta-phellandrene, is often overlooked. As these two compounds are insoluble in water, manufacturers mix them with ether to create perfumes and colognes. They are distilled from the eucalyptus plant species producing a scent with a high concentration of mint, wood, and a hint of citrus.

In hemp, phellandrene is considered a minor terpene, which means it’s not as common as primary terpenes like myrcene. In addition to hemp, it’s found in various plants like ginger grass, cinnamon, lavender, mint, angelica, parsley, and pine. For centuries, the antibacterial and antifungal benefits of these organic compounds have been used in Chinese medicine through essential oils like turmeric leaf oil.

This terpene has a long history in traditional Eastern medicine, where it was used to reduce phlegm and boost energy. Discovered at the beginning of the 20th century, this terpene is not new within industrial use. If fresh, forest-inspired fragrances are your thing, you may have experienced the scent of phellandrene.

Also used in the culinary world, this terpene is present in a range of dishes from cinnamon French toast to dill potato salad. Its aroma and flavor may be felt in desserts like mint chocolate chip ice cream — but only the one made from organic mint leaves. Last but not least, you may have encountered this terpene during an aromatherapy massage through lavender or eucalyptus oils. 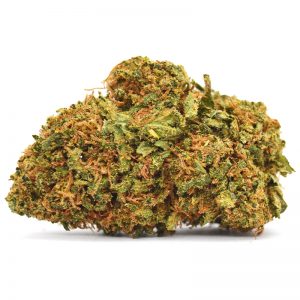 Terpenes and other organic compounds found in nature exhibit anti-inflammatory properties — and this terpene group is not an exception. An interesting thing about it is that it reduces inflammation by using different mechanisms than most terpenes. However, more research in humans is needed to verify these benefits.

Extensive research on animals shows the ability of this terpene to relieve pain. Both as an individual compound and as a constituent of plant essential oils, this terpene shows promising effects on different types of pain, including nerve pain (neuropathy).

One 2017 study published in Botanical Studies revealed that alpha-phellandrene has potential antifungal benefits. The study examined this terpene’s ability to prevent or inhibit fungus growth on plants, especially post-harvest tomatoes. Researchers concluded that this terpene possesses antifungal activity that could control the tomato fungus Penicillium cyclopium. Despite these positive findings, it’s important to note that the study didn’t examine the antifungal effects of this terpene on fungal infections in humans or animals.

You can find it in hemp in trace amounts or as a component of broad spectrum and full spectrum hemp CBD products. Despite not being as present in hemp as other major terpenes, it offers a pleasant aroma and a peppery or spicy flavor.

Tracing back to Eastern medicine and used as a common addition to commercial fragrances, this terpene group presents valuable antifungal, anti-inflammatory, and pain-relieving properties.