Humulene, also known as α-caryophyllene, is a vital component of the hemp plant. Scientifically classified as monocyclic sesquiterpene, humulene is an organic molecule present in various plants and essential oils. The essential oil from the flowering cone of the hops plant is abundant in this terpene. It’s present in hemp and cannabis-derived essential oils in high concentrations (up to 40 percent) and, as such, considered a primary hemp terpene. Scientists are exploring this terpene as a prospective anti-inflammatory agent with the potential to treat allergies.

Humulene is one of the most frequent terpenes naturally occurring in hemp — together with caryophyllene and myrcene. This terpene co-exists with many other terpenes in nature but shares a special connection with caryophyllene as both are ingredients in the hops used to make beer. Ancient Chinese medicine used essential oils like sage oil, rich in humulene, for various ailments. Today’s herbal medicine still encourages the use of humulene-rich Chinese ginseng as an energy booster, appetite suppressant, and natural antibiotic. Native to the Far East, including China, ginseng is a slow-growing, short plant with fleshy roots.

Plantlife is abundant in this terpene. If you’ve ever walked in a pine forest, an orange orchid, or a sunflower field, you’ve experienced its refreshing pine-like fragrance. The essential oils of plants like marsh elders, hemp, and tobacco are rich in this organic component. It’s also present in various herbs and spices, including coriander, ginseng, and sage. All of these are used in your favorite dishes and are widely popular in Asian cuisine. Humulene is a key ingredient in hops and, as such, gets the credit for the bitter flavor of beer.

What does humulene treat?

Though this terpene has been investigated by research (and has shown encouraging results), we need a further examination of its benefits. So far, we know of its potential anti-inflammatory action and its role in combating allergies.

Hemp terpenes show promise in treating inflammatory conditions, and humulene is not an exception. One 2007 study published in the European Journal of Pharmacology reports that this terpene may exhibit anti-inflammatory effects. The researchers looked at humulene and caryophyllene as components of Cordia verbenacea oil, concluding that these two terpenes may serve as important tools for management and treatment of inflammatory diseases. In the animal model, this terpene showed a powerful anti-inflammatory activity equal to dexamethasone.

A 2009 animal study published in the British Journal of Pharmacology supports humulene’s therapeutic properties. The authors of the study investigated the potential of this terpene to combat allergies. They revealed that oral administration of inhalation of this terpene might prove effective against allergies.

Plays a role in pharmacokinetics

This terpene plays a role in pharmacokinetics or the way the body absorbs, distributes, metabolizes, and excretes drugs. It shows potential for quick distribution throughout the body via oral and topical absorption. A 2008 study published in the journal Planta Medica confirmed its effectiveness when administered orally. The study also demonstrated its usefulness when absorbed and applied topically.

Which hemp strains are high in humulene?

If you’ve tried pretty much any hemp strain on the current market, you’ve probably experienced humulene. This terpene is present in abundance in strains like Sour AK Hemp Flower and Hemp Jam CBD Flower, contributing to their potent healing activity. Like other terpenes, humulene plays a vital role in the entourage effect, a theory that all hemp compounds work synergistically to module the plant’s beneficial properties.

The role of this terpene in hemp cannot be overlooked, which is why it’s found in a high percentage in most hemp CBD concentrates. From Sour Diesel CBD Crystalline to Grandaddy Purp CBD Wax and CBD Tangie Shatter, this terpene amplifies the beneficial properties of these products. 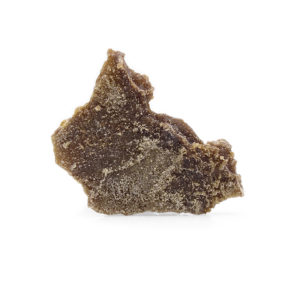 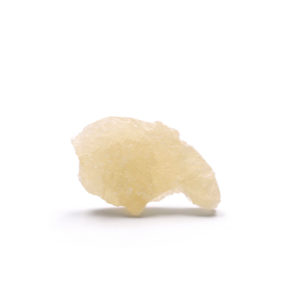 Humulene terpene is an essential component of hops, hemp, and sage, known for its anti-inflammatory and pain-relieving properties.