It’s a hemp terpene with a waxy, crystalline consistency and a smell similar to pine needles, but more pungent. This flammable compound naturally occurs in hemp, the wood of camphor laurel, rosemary leaves, the mint family, Kapur tree, and camphorweed. It features potent antimicrobial and anesthetic properties and multiple uses. This terpene is used for medicinal purposes, as a cooking ingredient, and as a scent.

It’s a terpene (organic compounds) with a strong odor and taste. Extracted from the wood of camphor trees, processed camphor oil is used topically to relieve pain, itching, and irritation. If used correctly, it helps with chest congestion and inflammatory conditions. 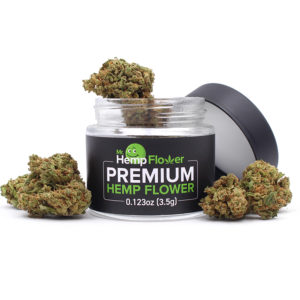 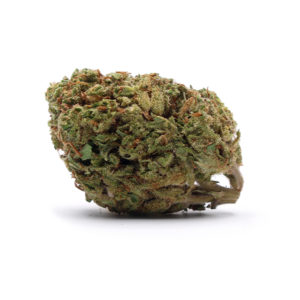 It exhibits powerful antibacterial, antifungal, and anti-inflammatory effects, hence its various uses. This terpene relieves pain, improves respiratory function, and helps treat skin conditions. Like other terpenes, it’s used as an insect repellant and disinfectant. Here are some of its most common uses and therapeutic benefits:

This terpene is a common ingredient in creams and lotions meant to relieve skin irritation and itching. Due to its antibacterial and antifungal properties, it’s useful in healing skin infections. One 2015 animal study found that this terpene is an effective component in treating wounds and wrinkles caused by UV-light. Research conducted in 2011 found that camphor-based ointment was effective in treating toenail fungus.

One 2015 study found that topical application of this terpene relieves pain and inflammation. During a 14-day period, a mix of camphor and natural ingredients like menthol and eucalyptus essential oil — applied to joints, shoulders, and lower back — effectively relieved mild to moderate pain. Animal studies show that it may alleviate arthritis pain and inflammation.

One 2018 animal study found that an herbal ointment containing extract of camphor, sesame oil, and honey decreased the healing time for second-degree burns. The authors of the study concluded that such herbal ointment might present a suitable substitute for healing burn wound injuries.

One 2010 study revealed that it acts as a decongestant and cough suppressant. A vapor rub combination of camphor, menthol, and eucalyptus oil improved sleep in children with cold symptoms.

It may help relieve muscle cramps, spasms, and stiffness. According to a 2004 study, this terpene shows antispasmodic and relaxant properties.

Despite being made out of turpentine, if used correctly, this terpene is safe to use for adults. In high doses, it can cause some side-effects, like redness and burning. Do not ingest it internally; it’s toxic. Only use products containing less than 11 percent of the compound. Always do a skin patch test before applying on your skin. Avoid using it on broken or injured skin due to toxicity.

What’s its role in hemp?

This secondary hemp terpene exhibits pain-relieving and anti-inflammatory properties. When combined with other terpenes and natural ingredients, it contributes to the “entourage effect.” This is a theory that hemp cannabinoids and terpenes work in synergy to modulate its therapeutic effects.

As a secondary terpene, it’s rarely found in most hemp strains. So, where can you find it? Our Full Spectrum CBD Balm is enriched with camphor oil, menthol, peppermint oil, full spectrum CBD extract, and so many other natural ingredients that increase its healing power.

This hemp terpene is a potent aromatic compound that offers many benefits and uses.