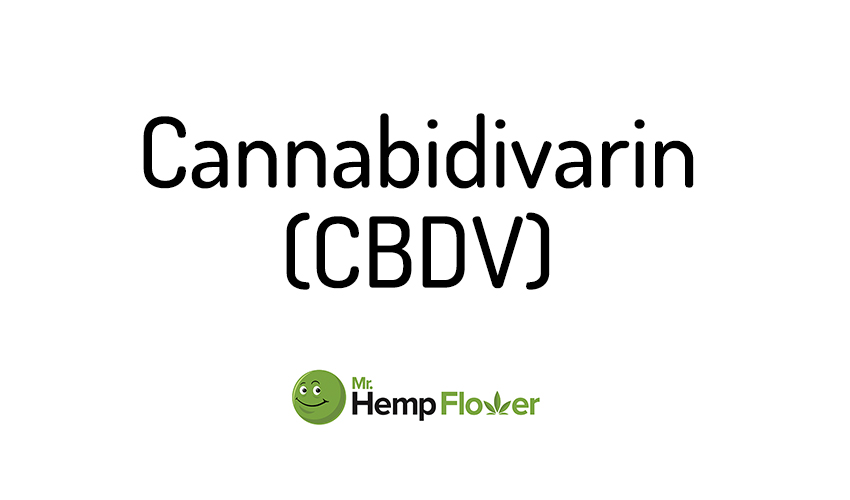 A cannabinoid naturally occurring in the cannabis plant with a similar molecular structure to cannabidiol (CBD). Cannabidivarin (CBDV) is a non-intoxicating cannabinoid, meaning it doesn’t give you that delta 9 feeling or cause hallucinations. This cannabinoid interacts with the endocannabinoid system to regulate brain function. It also shows strong promise in the treatment of epilepsy.

“Cannabidivarin is a non-intoxicating cannabinoid that can transform into THCV when exposed to acidic conditions.”

“Did you know that cannabidivarin can potentially help with nausea?”

It’s a cannabinoid that occurs in small amounts in the cannabis plant and is more common in landrace strains. Landrace strains are pure cannabis plants grown in their natural habitat without getting crossbred with other strains of the same species. They develop unique characteristics because they are isolated from other marijuana strains. Typically, this cannabinoid occurs more in plants with higher levels of CBD than THC. Such strains are most common in India, Pakistan, and Mexico.

Traditional cannabis breeders don’t produce enough of this cannabinoid for medicinal purposes, so scientists are using various methods to extract it from dried or living plants. Research shows that this cannabinoid can transform into THCV when exposed to acidic conditions. Like other cannabinoids, CBDV is available as a tincture, gel capsules, and can be dabbed and vaped as part of cannabinoid-rich concentrates.

This cannabinoid interacts with the endocannabinoid system to create a range of effects that are similar to the therapeutic properties produced by CBD.  That said, this cannabinoid has its unique benefits and may help with seizures, Crohn’s, multiple sclerosis, and symptoms related to HIV/AIDS.

Cannabidivarin is a little known cannabinoid with a wide range of potential healing properties.