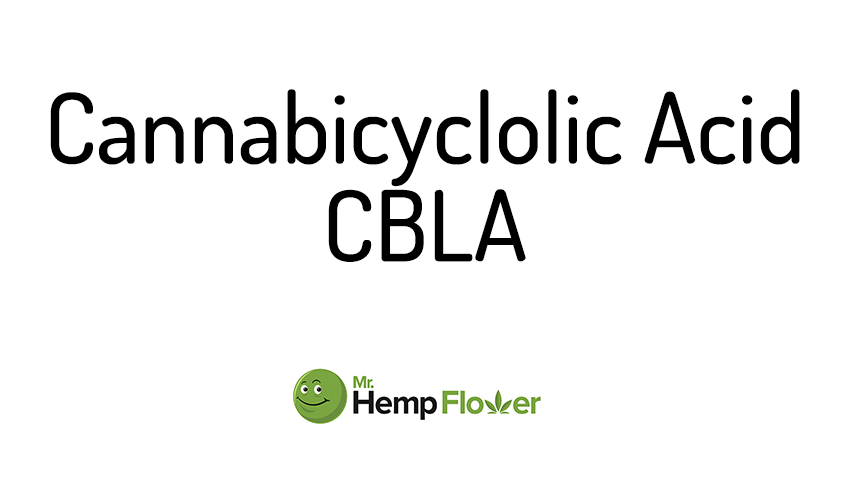 Fairly rare, non-intoxicating compound found in cannabis. It’s originally present as cannabichromenic acid (CBCA) and converts into cannabicyclolic acid (CBLA) when exposed to environmental changes during storage. This compound is not considered an original cannabinoid because it’s produced through irradiation. Researchers have studied it for its anti-inflammatory and other potential benefits, but we know very little about CBLA.

The cannabis plant doesn’t produce a high amount of this cannabinoid acid that dates back to 1972. This acid is one of the most stable to heat and resistant to decarboxylation. Due to its robust nature, it doesn’t create too much CBL when heated up. Compared to other cannabinoids that show incredible medicinal benefits, studies on this compound don’t necessarily prove the same benefits. Aside from being known as an anti-inflammatory agent, researchers are not looking to find out more about this compound at this time.

This compound originates from cannabichromenic acid (CBCA), which comes from the main precursor of cannabinoids, cannabigerolic acid (CBGA). When exposed to heat or through aging, CBCA produces cannabinoids like CBC, CBL, and CBLA.

CBLA is a lesser-known cannabis compound that occurs in the tiniest amounts in the cannabis plants.