“Do you prefer broad spectrum or full spectrum CBD extract?”

What is Cannabis Extract?

A specific type of cannabis concentrate made using a solvent. Manufacturers produce concentrates through mechanical processes and solvents. Extracts are special because they are made exclusively through the use of a solvent.

Each extraction process differs slightly based on the solvent used. In general, all of them combine cannabis plant material with another chemical or substance — the solvent helps to strip away the cannabinoids from the plant matter.

After the extraction, the plant matter is separated from the cannabinoid-infused solvent. The maker then uses temperature to evaporate the solvent or removes it through other mechanisms. The leftover is a mass of highly concentrated cannabinoids.

What Is Hemp Extract?

Hemp extract is different from cannabis extract. Cannabis extract is an umbrella term that refers to a broad range of products. These products generally contain higher levels of cannabinoids found in the cannabis plant high in THC. They come in solid form (hash) or liquid form (oil for vaping) and are typically made from marijuana.

Hemp extract, on the other hand, can refer to two things: the oil pressed from raw hemp seeds, which is a common supplement, or it can be a synonym for “hemp oil.” Hempseed oil doesn’t contain any actual cannabinoids but is used for cooking or in some skincare products.

The confusion arises when some CBD companies use the term “hemp oil” to refer to a product that contains cannabinoids and terpenes without mentioning the actual cannabinoids in the product.

Due to cannabis-inspired products flooding the market, both of these extracts have been sold as CBD oil. If the label lists the oil inside the product as cannabis sativa seed oil, it contains hempseed oil that contains zero cannabinoids. CBD oil is typically listed as cannabidiol, full spectrum, broad spectrum CBD oil, hemp oil, or PCR (phytocannabinoid-rich) oil.

Unlike hempseed oil, cannabidiol oil is rich in cannabinoids and terpenes. The main ingredient in this oil is cannabidiol (CBD), a chemical compound found in the hemp plant that offers a range of benefits. To create CBD oil, manufacturers mix the highly concentrated cannabinoid mass with a carrier oil. It comes as a broad spectrum, full spectrum, and isolate and can be derived from any part of the plant.

An extract is an umbrella term that comprises different types and forms of this product. Typically, they are named based on their texture, ranging from liquid oils to dry, crumbly consistencies. Some are even named after the specific extraction process. The most common oily cannabinoid extracts on the market can be grouped as:

The most common dry “crumbly” cannabidiol extracts are:

Some extracts get their names based on the extraction process used to create them:

How to Use Them?

Drinkable extracts like tinctures are simple and easy to use. You can eat, drink, or take the extract sublingually beneath the tongue. Non-drinkable extracts must be consumed by dabbing. To dab them, you need a dab rig and a heating source, like a torch, to heat the nail of the rig to a high temperature. Once the nail is prepared, you put a tiny amount of concentrate onto the nail and vaporize it. You can then inhale the vapor through the mouthpiece and enjoy the effects of the super-potent vapor.

This term is used to describe a concentrate made using a solvent. The solvent pulls cannabinoids and terpenes from the hemp/cannabis plant matter. 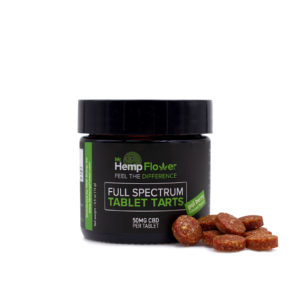 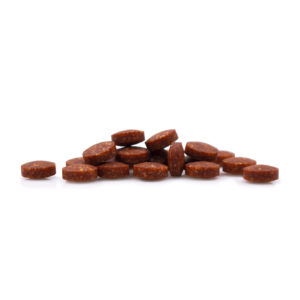