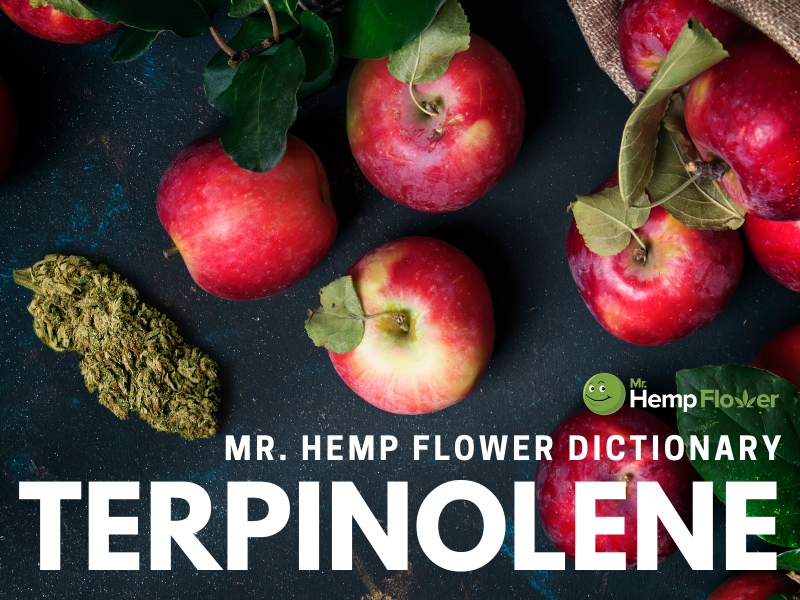 A minor hemp terpene that carries a multidimensional aromatic profile. It emits a piney, floral, herbaceous fragrance with a hint of citrus. Also known as alpha-terpinolene, this terpene possesses potential mildly to moderately sedative effects. It naturally occurs in rosemary, sage, lilac, conifer trees, apple trees, and tea trees. It’s also a natural constituent of many essential oils. This terpene possesses potential antifungal and antibacterial properties and may be useful in calming the central nervous system.

“This Sour Space Candy hemp pre-roll is making me sleepy, probably from the terpinolene in it.”

“The tea tree I used for my scalp massage this morning is rich in terpinolene, an organic compound also found in hemp.”

Where to find it?

It’s frequently used as an ingredient in soaps, cleaning products, and fragrances. Due to its woody aroma, it’s also used as an insect repellent. It displays potential sedative properties, so it may be used in aromatherapy through essential oils like tea tree oil. Unlike terpenes like phellandrene, which have an energizing effect, this terpene may reduce anxiety and calm the mind. It’s also often found in lilac-scented body lotions and oils.

It is naturally found in coniferous trees. So, if you pick up a pine cone and sniff it, the overwhelmingly fresh woody aroma that comes out of it is exactly how this terpene smells. If you like to cook using fresh ingredients like rosemary or sage, you’ve also experienced its refreshing aroma and flavor. The essential oils of rosemary and sage also exhibit a fresh aroma that’s partly credited to the terpene terpinolene.

What are the effects of terpinolene?

What is terpinolene good for? Researchers have investigated the potential antifungal, antibacterial, and sedative effects of this terpene.

Terpinolene-rich tea tree oil is one of the most studied essential oils for its potential antifungal properties that extend from ringworm to toenail fungus. A 2015 study published in the Journal of Applied Microbiology found a link between tea tree oil and antifungal activity in the fungus that attacks wine grapes known as Botrytis cinerea.

Another study conducted in 1996 by the Skin Pharmacology Society found that tea tree oil may effectively combat certain yeast fungi and conditions like dandruff and fungal infections of the skin.

One 2010 study published in Natural Product Research looked at the antibacterial and antimicrobial properties of an essential oil containing terpinolene. The researchers revealed that the oil containing this terpene at six percent (6%) inhibited the growth of Bacillus subtilis. This bacterium is found in soil and the gastrointestinal tract of humans.

One 2013 animal study featured in the Journal of Natural Medicines revealed that the essential oil that contained terpinolene acted as a sedative after being inhaled by the subjects.

This terpene is present in various hemp strains, including:

Characterized by a piney but not overpowering scent that bears a hint of sweet fruity fragrance, these strains are known for their relaxing, anti-anxiety, and pain-relieving effects. Despite being present in small quantities in several hemp strains, this terpene contributes to the overall qualities of each strain by working in synergy with cannabinoids. The theory that suggests that hemp’s compounds work synergistically to maximize its healing benefits is known as the entourage effect. 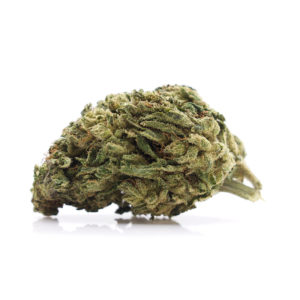 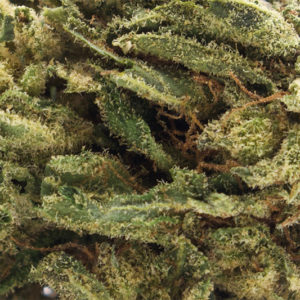 A terpene with potential sedative effects that’s naturally present in tea tree oil and various hemp strains. Terpinolene exhibits a strong woody aroma with fruity notes and may act as an effective antifungal and antimicrobial agent.