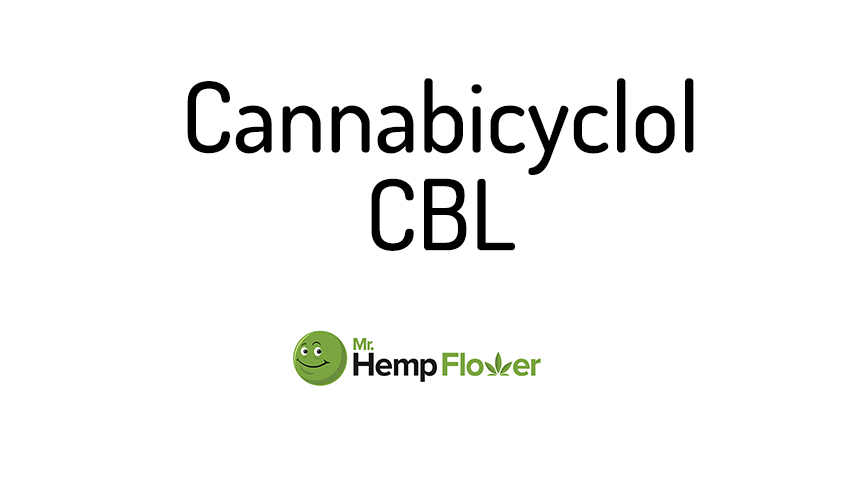 Cannabicyclol (CBL) is a minor, non-intoxicating cannabinoid synthesized as the cannabis plant starts to age. This cannabinoid is a degradative compound that develops when cannabichromene is exposed to UV light.

“Cannabicyclol is one of the cannabis compounds that naturally occur in trace amounts in the cannabis plant.”

“Did you know that cannabichromene degrades into cannabicyclol when exposed to UV light?”

It’s a little-studied cannabinoid that occurs naturally in the cannabis plant in tiny amounts. The formation of cannabicyclol happens when cannabichromene (CBC) is exposed to oxygen and UV light. Meaning, this cannabinoid only occurs after harvest when the degradation of cannabinoids starts.

The fascinating thing about this compound is that it doesn’t contain any double-bond within its structure. Cannabinoids like THC carry double bonds within their structure, which are responsible for their intoxicating nature. Because it lacks double bonds, researchers assume that CBL is non-intoxicating.

What Do We Know So Far About CBL?

We need to investigate the potential benefits of this cannabinoid further. So far, scientists have focused on the structure and biosynthesis of this compound rather than the specific medical applications.

Very few studies looked at the medicinal potential of CBL, but they have not yielded promising results. Researchers still don’t know how this compound works on the receptors in the body. One animal study published in 1976 revealed that administration of CBL caused convulsions and death when administered at 8mg/kg. It also showed no effects when administered at 1mg/kg. In the study, researchers administered the cannabinoid in two rabbits. They noticed these effects only in one of the rabbits.

An exciting discovery that includes this cannabinoid is an ancient cannabis sample found in a Chinese tomb dated 2700 BCE. The sample revealed the presence of cannabinol (CBN) and CBL, the two degradative components, at the largest fraction. The levels of CBD were much lower, and THC was undetectable. But, the presence of CBN (the cannabinoid that THC converts into when exposed to oxygen) indicates the cannabis sample was initially high in THC.

CBL is a minor, non-intoxicating cannabinoid that may have potential as a therapeutic agent.